For the fifth straight month, the Behavioral Health Composite, which tracks the performance of the three largest behavioral health companies – American Addiction Centers (AAC), Universal Health Services (UHS) and Acadia Healthcare(ACHC) – rallied again, up 8.1% in March. This is in spite of significant losses in the broader market, with the S&P losing 1.4%. 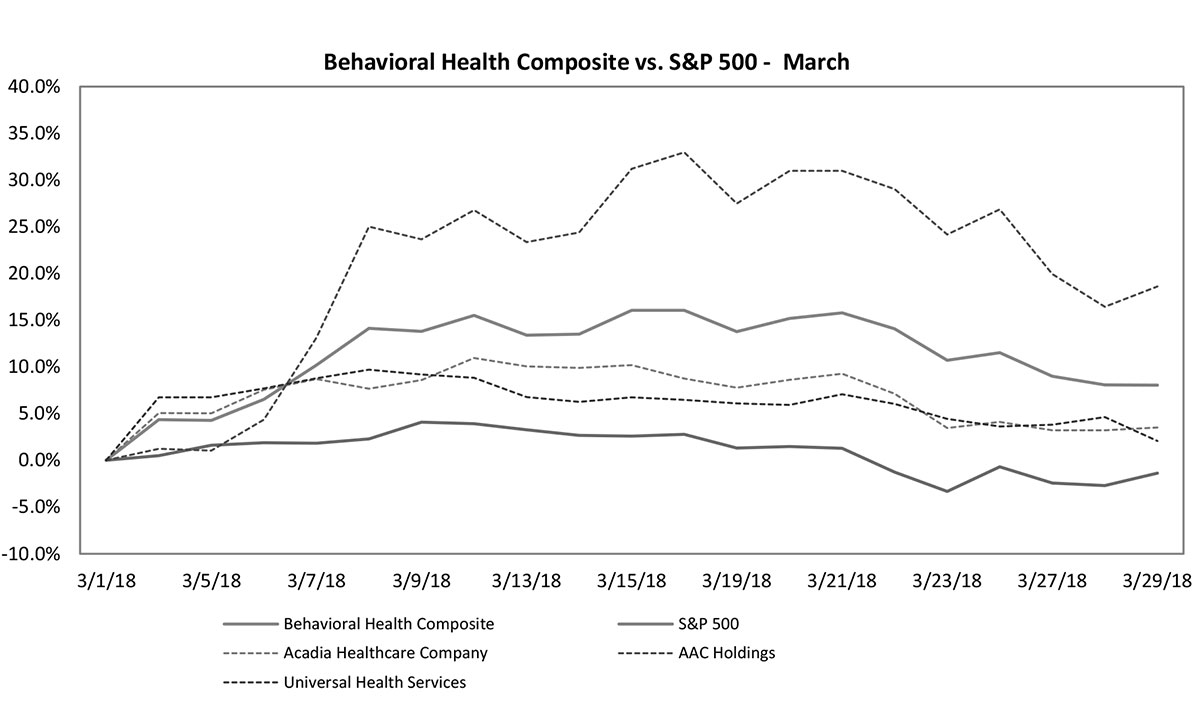 For the last twelve months (LTM), the BHC lags the S&P by approximately 5%. For the past five months, however, the BHC beats the S&P by nearly 22%. 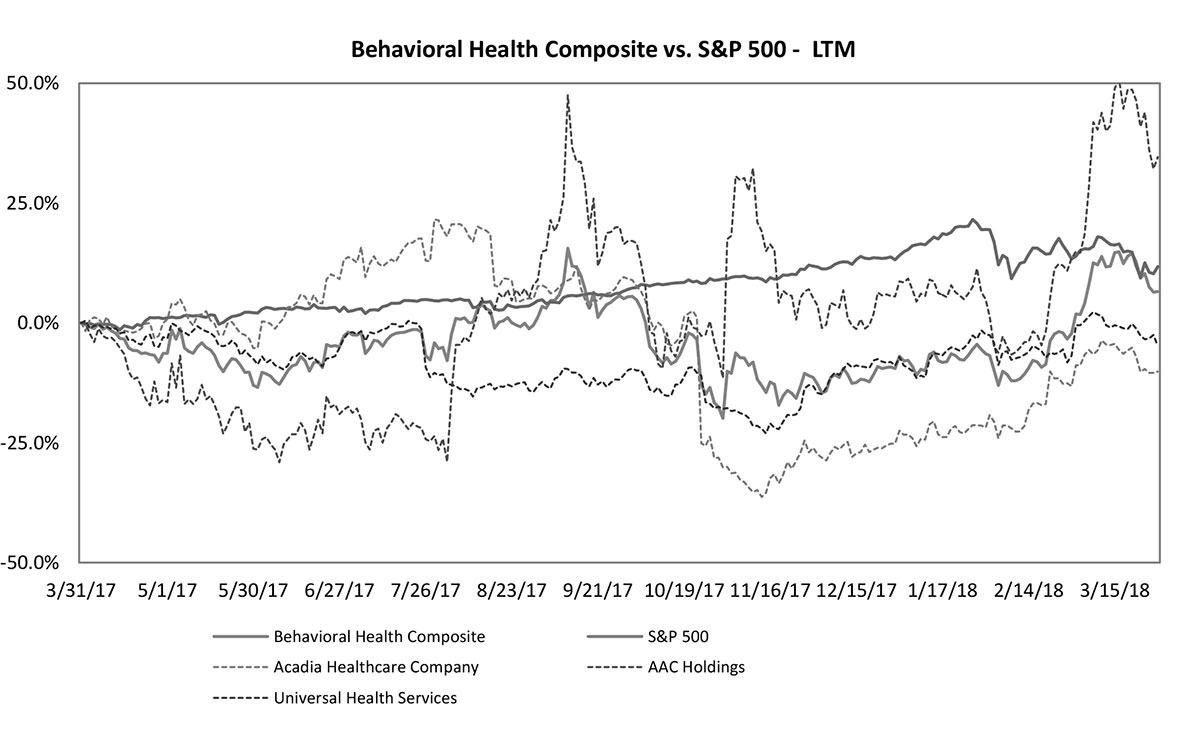 March 1, 2018 – AAC Holdings, Inc. announced today the completion of the acquisition of AdCare, Inc. for $85 million. AdCare is one of the leading providers of addiction treatment in New England with ~8,000 hospital and residential admissions and over 116,000 outpatient visits per year. AdCare’s facilities include a 114-bed hospital for substance abuse treatment, including detoxification and rehabilitation services, and five outpatient centers in Massachusetts and a 59-bed residential treatment center and two outpatient centers in Rhode Island. The acquisition also includes the purchase of 1-800-ALCOHOL™, a nationally recognized referral phone line, and other toll-free numbers that together generate ~50,000 calls per year.

March 28, 2018 – Banyan Treatment Center recently announced it has acquired the 68-bed Clearbrook Manor in Laurel Run, Pennsylvania. Clearbrook Treatment offers services such as detox and residential services, with the acquired Clearbrook Manor including a 22-bed detoxification unit and sub-acute medical station. The deal will extend Banyan’s reach to seven locations over four states.