After a weighting adjustment, the Behavioral Health Composite, comprised of American Addiction Centers (AAC), Universal Health Services (UHS) and Acadia (ACHC), rallied again, up 3.9% in February. This is in spite of significant losses in the broader market, with the S&P losing 3.8%.

February means earnings season and Q4 2017 did not disappoint… 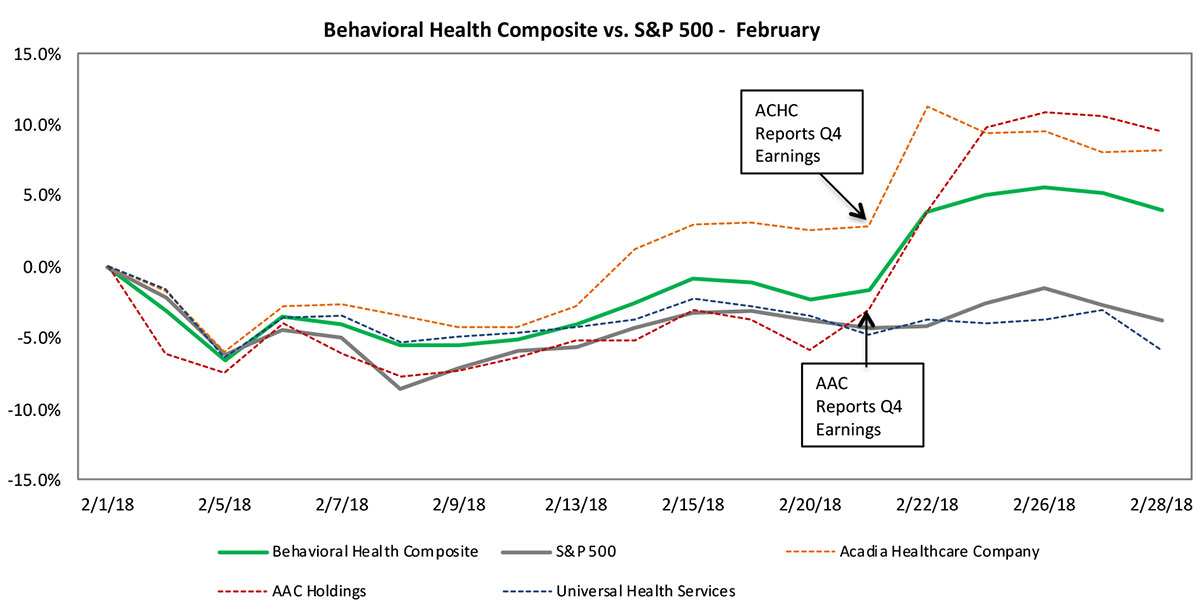 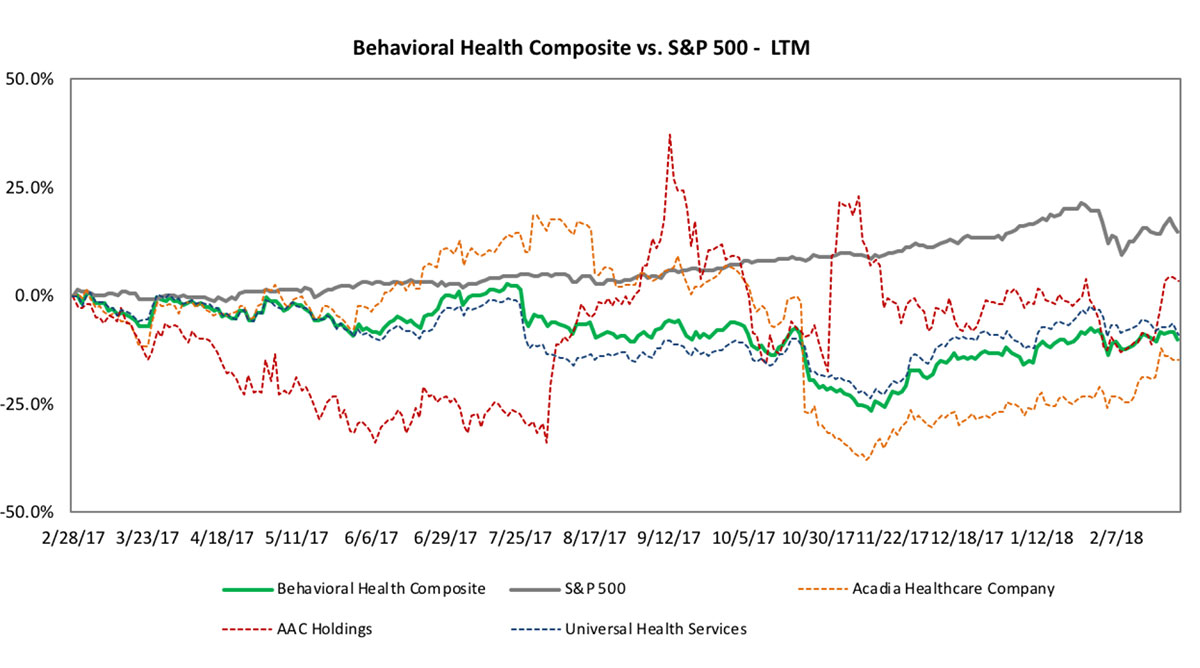 February 13, 2018 – Summit BHC (Summit), a leading provider of addiction treatment and behavioral health services, announced the acquisition of Cottonwood Tucson. Located in Tucson, Arizona, the 65-bed addiction treatment facility will be its second facility in the state (Summit acquired Women in New Recovery, a Mertz Taggart client, in 2017) and brings the Company’s total number of operating facilities to fourteen. Financial terms of the deal were not disclosed.