The Behavioral Health Composite, which tracks investor interest in the three public behavioral health companies – American Addiction Centers (AAC), Universal Health Services (UHS) and Acadia Healthcare (ACHC) – was down for the first time in five months, losing 2.2% of its value. The S&P 500, by comparison, gained 2.6% for the month.

April was mixed, with Acadia falling sharply on the heels of a class action lawsuit. 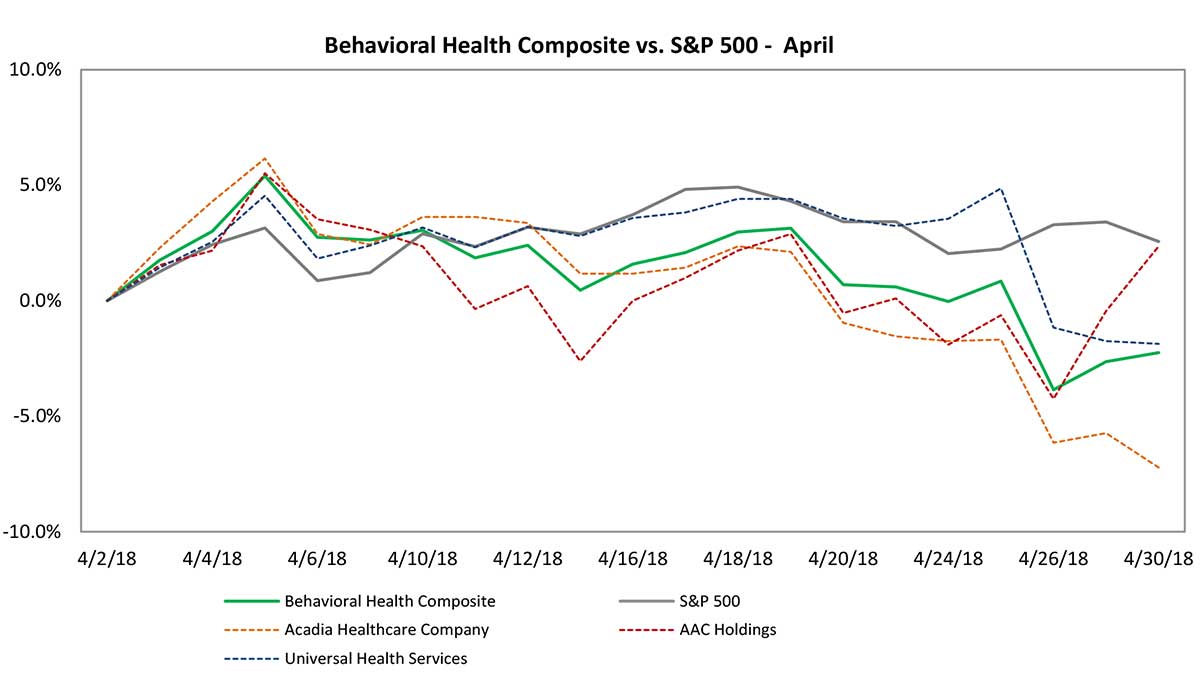 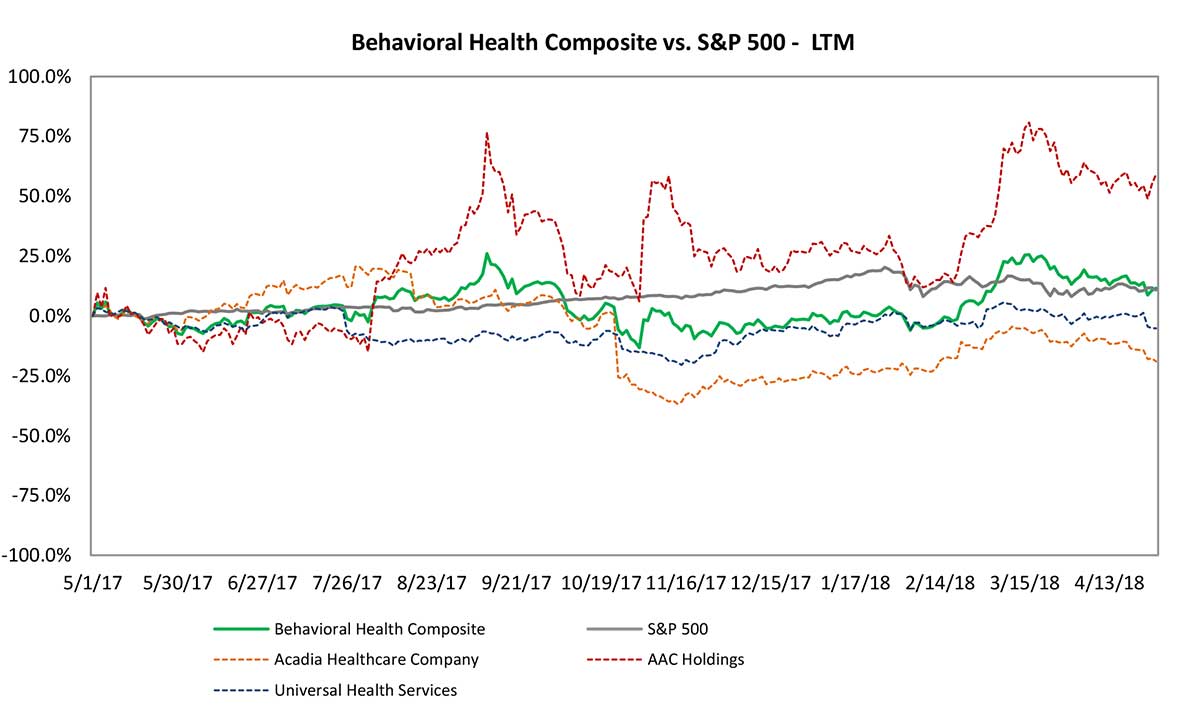 April 13, 2018 – Blackstone announced that it has agreed to acquire the Center for Autism and Related Disorders, a leading provider of autism behavioral health services for children and adults affected by autism spectrum disorder. The transaction is expected to close later this year.

April 26, 2018 – Delphi Behavioral Health Group, a substance abuse treatment provider, announced it has merged with Summit Behavioral Health to expand its service offering to more individuals struggling with substance use disorder and addiction. Delphi is majority-owned by The Halifax Group, which recapitalized the Company in October 2017. The combined corporate company will be called Delphi. Summit’s centers will retain their current Serenity at Summit branding. The combined company will operate 14 facilities across six states.