2018 was a booming year for health care M&A activity. That’s especially true when it comes to private duty home care transactions, largely because services that improve functional mobility, maintain cognitive engagement and address social determinants of health are being increasingly valued within the broader continuum of care.

Of the home health, hospice and home care segments, the home health industry saw the greatest number of total transactions in both 2017 and 2018. Home care, however, saw the most noticeable spike in deal activity.

In 2017, there were just 20 home care deals. Last year, that more than doubled, jumping to 46 total transactions. 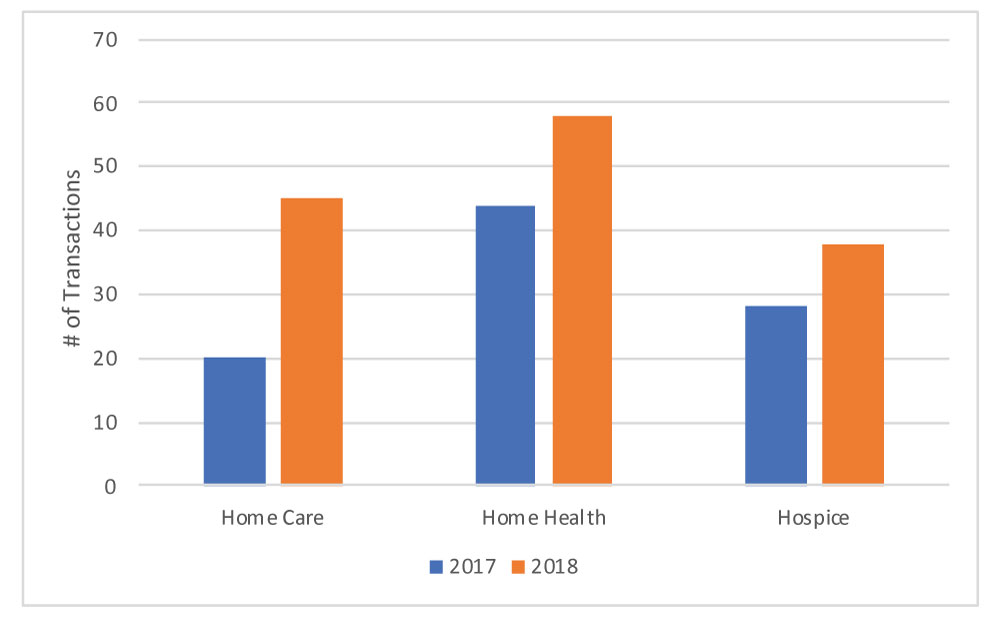 “Private duty has suddenly received more attention and focus than it has in the past few years,” Cory Mertz, managing partner of Fort Myers, Florida-based M&A advisory firm Mertz Taggart, said. “That includes attention from public companies, along with private equity and strategic buyers.”

Indeed, in-home care is being more widely seen as a cost-effective way to monitor and manage patients, preventing unnecessary emergency room visits and potential re-hospitalizations. Part of that shift has been triggered by policymakers, who have opened the door for more in-home services and supports as supplemental benefits under Medicare Advantage plans, a trend that’s likely to continue in years to come.

In fact, former U.S. Speaker of the House Paul Ryan recently spoke about the momentum that Medicare Advantage has seen of late during a keynote discussion at the National Investment Center for Seniors Housing & Care’s (NIC) spring conference in San Diego.

“I believe the future for Medicare is in the Medicare Advantage type of space,” Ryan, who left office in January, said. “It saves money and it helps patients get better health outcomes.” 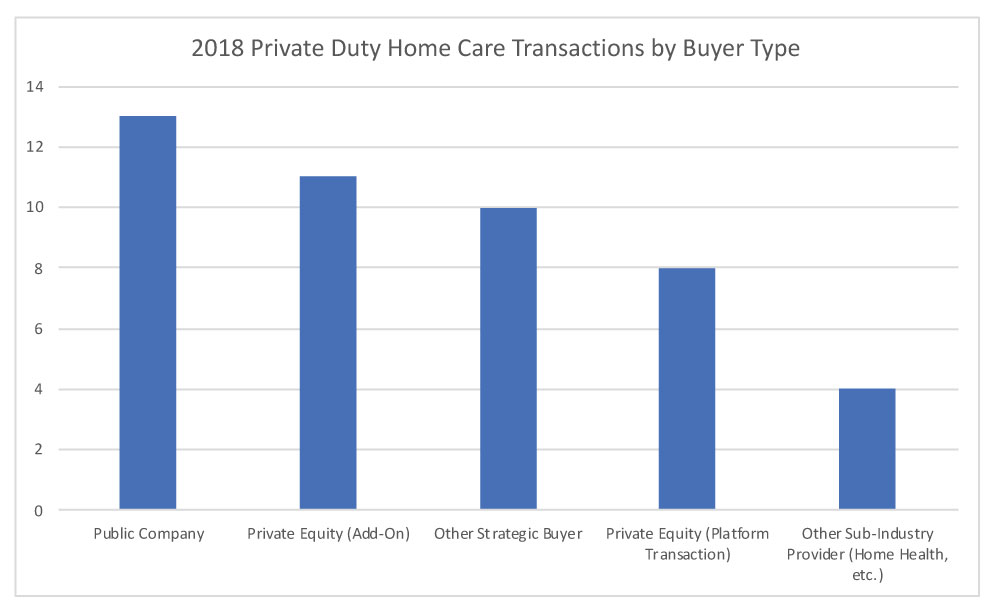 Nova Leap has big plans for 2019 as well, already announcing its intent to acquire up to four additional agencies in the year ahead.

“A lot of these deals have been for standalone agencies, but we’ve even seen interest in franchise networks,” Mertz said. “And that’s for a few of reasons. Franchise deals can capture the growth of the industry, but they’re also more scalable, have a more recurring revenue model than agencies themselves, and the ability to establish regional or national partnerships with other care providers.”

Tailwinds, To Be Continued…

To some extent, the spike in transactions for home care — and lack of a similar spike in home health and hospice transactions — also has to do with major regulatory and oversight headwinds.

On the home health care side, providers are facing the biggest payment overhaul in years under the Patient-Driven Groupings Model (PDGM), which could pose a nearly 6.5% cut to the industry depending on how certain behavioral adjustment aspects shake out. Home health providers also face the looming Review Choice Demonstration, an updated version of the widely opposed Pre-Claim Revenue Demonstration.

When it comes to hospice, meanwhile, federal watchdogs have vowed to ramp up their efforts in sniffing out fraud, waste and abuse — positioning home care as a potentially safer bet in a time of change.

“Home health, hospice and home care are all still attractive segments bound to see robust M&A activity due to the changing demographics of this country,” Mertz said. “But you can argue home care will see the smoothest sailing in the near-term, further propelled by Medicare Advantage opportunities that arise.”